GRAHAM SMITH | DAILY KENT STATER
Ken burns attends a question and answer session with students and faculty in the Center for the Performing Arts’ Black Box theater ahead of his presentation as part of the Presidential Speaker Series on Tuesday, April 22, 2014.

MAKAYLA BROWN | DAILY KENT STATER
Kent State softball infielder Maddy Grimm runs through home plate after she hit a home run in the first game against Toledo in a double-header on Friday, April 18, 2014. The Flashes won 13-0 the first game and 1-0 the second game. 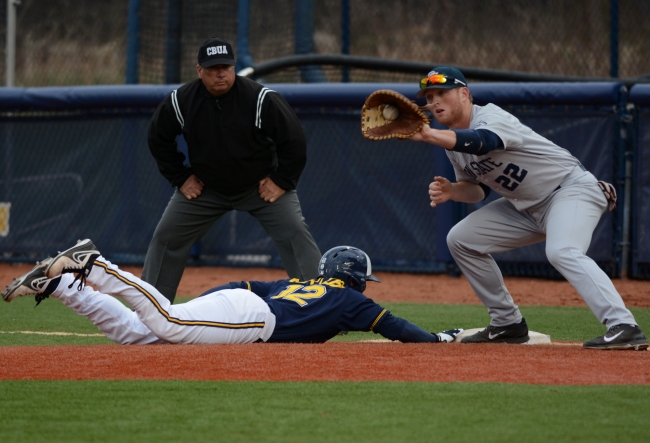 JACOB BYK | DAILY KENT STATER
Junior outfielder Alex Miklos dives back to second base after attempting to steal during the baseball game against Penn State on Tuesday, April 22, 2014. The Flashes won the game 4-1.

The Kent State photojournalism program along with the student chapter of the NPPA had the pleasure this past weekend of hosting the annual judging for ONPA. The judging itself took two days, with the final day reserved for the guest speakers and the award ceremony. Kent State and other college students also enjoyed the opportunity to learn at workshops and have their portfolios reviewed by industry professionals during the event.

The Golden Flashes were well represented this year in the competition. Junior Jacob Byk was awarded the James R. Gordon Ohio Understanding Award for his photo story “The Fracturing of Green County”. Jenna Watson, also a junior, was awarded the Larry Fullerton Photojournalism Scholarship for a portfolio of her work, and received an award of excellence in the sports feature category. Freshman Andrea Noall took home an award of excellence in the pictorial category for her “Morning Fog” photo.

Recent alumni and alumna of Kent State also took home awards for their work. Kristen Bauer, who now works at the Elyria Chronicle Telegram, received an award of excellence in the feature picture story about a family moving out of low-income housing. Awards of excellence were also given out to Coty Giannelli in the news picture story category for his coverage of the conflict in Syria, and Shane Flanigan for product illustration.

To see the images that won this year please visit onpa.org to see the award winning images.

Jonathan Quilter, photographer for the Columbus Dispatch, looks toward Taylor Hall while on a tour of the May 4, 1970 shooting. PHOTO BY JENNA WATSON 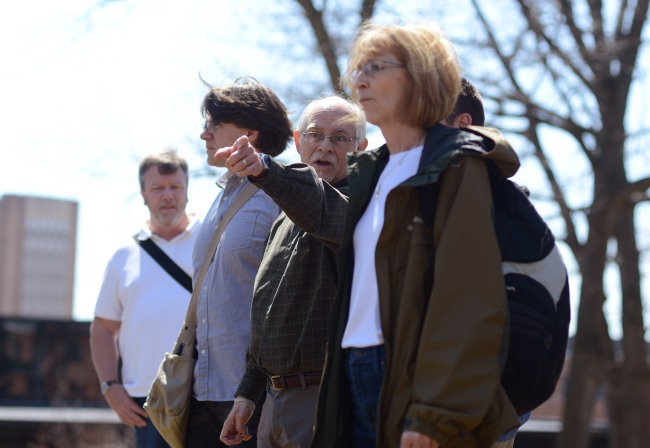 Kent State Professor Gary Harwood points out were the Ohio National Guard was aiming during the May 4, 1970 massacre. PHOTO BY JENNA WATSON

David Stephenson and David La Belle horse around on campus during the lunch break between the judging on Saturday. PHOTO BY JENNA WATSON

Dave Weatherwax, Sue Ogrocki, and David Stephenson were the judges for the 2014 ONPA at Kent State this year. PHOTO BY BRIAN SMITH 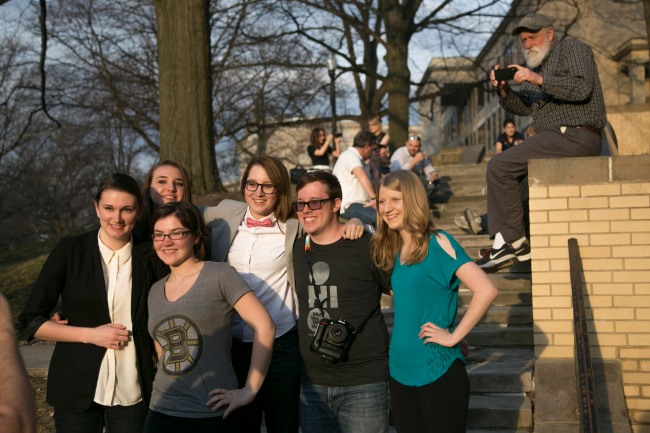 Kent State photojournalists assemble for a group shot after dinner on Saturday. PHOTO BY BRIAN SMITH

Kent State sophomore Rachael Le Goubin learns how to set up a remote camera from Kyle Robertson of the Columbus Dispatch. PHOTO BY BRIAN SMITH 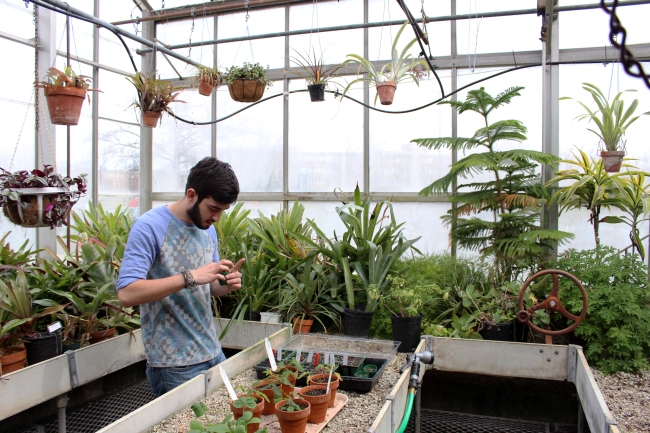 A law enforcement officer searches for evidence outside of Bowman Hall following a shooting at Kent State University, Wednesday, April 2, 2014. CHELSAE KETCHUM|DAILY KENT STATER
Pastor Joe Ellis prays with Charlotte, and her husband Royd Shafer, for her bad knees during Prayer Night Against Cancer in the KIVA, April 1, 2014. Charlotte and her husband attended the event for Royd’s uncle in North Carolina who suffers from lung cancer. 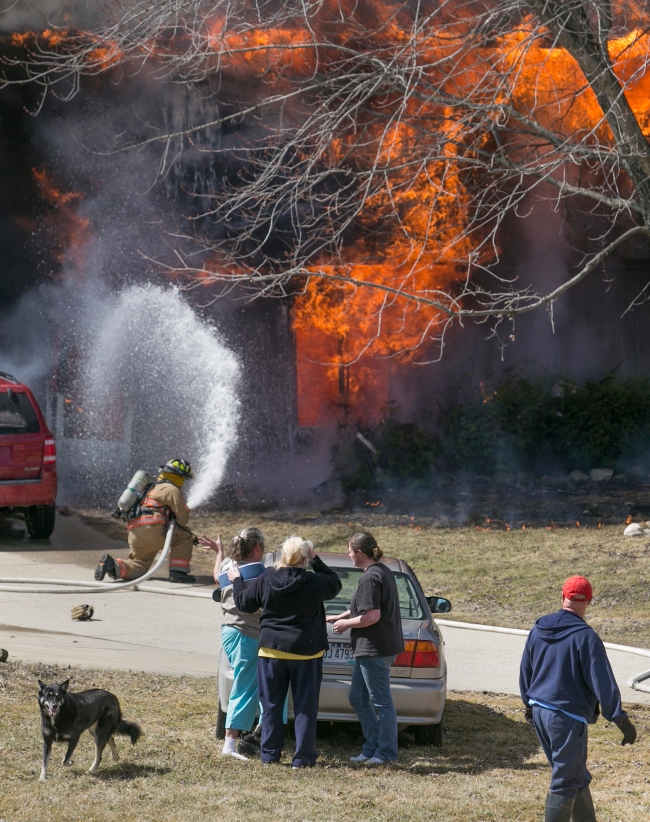 BRIAN SMITH | DAILY KENT STATER
Family and friends comfort Daleanne Hyre as she watches firefighters tackle a blaze at her duplex home on May Road in Suffield Township on Monday, March 31, 2014. Hyre was in the duplex when the fire broke out and escaped with her cat and dog.

JENNA WATSON | DAILY KENT STATER
A chef at the Main Street Grille and Brewing, in Garrettsville, Ohio, sweeps ash from the patio on Monday, March 24, 2014. The fire on March 22 burned 13 businesses to the ground.

PAUL CSIZMADIA | DAILY KENT STATER
Kent State Junior Jeff Revesz celebrating with his teammates after sending a grand slam over the fences during the first inning of the second game of the doubleheader against Oakland. Flashes went on to win 16-1, Tuesday, April 1, 2014.

A Kent State gymnast grips the bar as a cloud of chalk fills the air during the beginning of her uneven bars routine on Thursday March 6, 2014. Gymnasts typically use chalk to help absorb sweat, so their grip is improved. 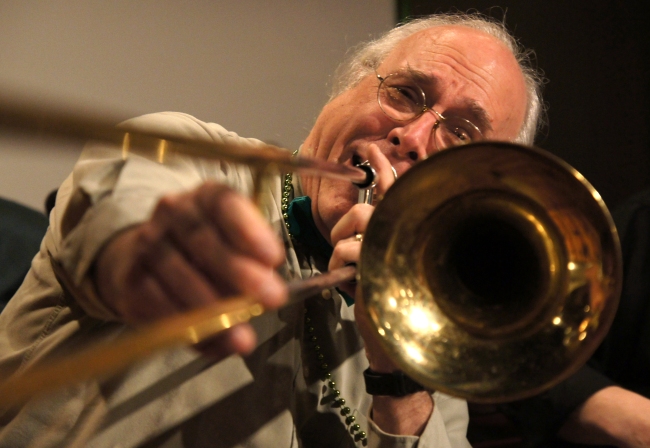 MELANIE NESTERUK | DAILY KENT STATER
Jesse DiFranco, who plays the main character Austin in the student produced web series “Second Time Around, talks with one of the producers, Matt Petrunak, while shooting an episode of the series on March 9, 2014 in Ray’s Place.

Members of the Kent State NPPA are back after a long road trip to Warwick, Rhode Island this past weekend. The members attended the 33rd annual NPPA Short Course where they heard lectures from National Geographic photographer Ami Vitale and Pulitzer Prize winner John H. White, along with many others. There were also opportunities to participate with hands on activities such as location lighting and flying a quad copter with a GoPro camera mounted to it.

ALL PHOTOS BY BRIAN SMITH

John White took the opportunity between lectures to talk with many members of the Kent State NPPA. Here sophomore Melanie Nesteruk chats with the Pulitzer Prize winner. 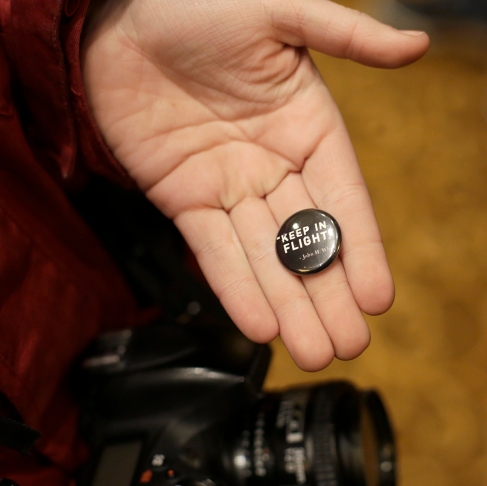 Throughout the conference White handed out buttons with his saying “Keep in Flight” printed on them. 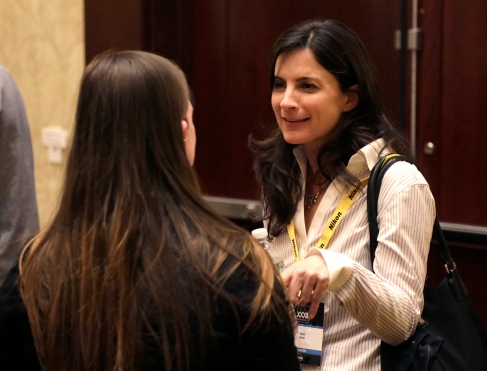 Marcus Yan, a photographer for The Seattle Times, talks in the gallery with Emily Lambillotte and Eslah Attar.

On the return trip back home  a few stops were made at Scarborough State Beach in Narragansett, RI and Liberty State Park. Here Eslah Attar and Melanie Nesteruk take a selfie with the lower Manhattan skyline in the background.

LEAH KLAFCZYNSKI | THE DAILY KENT STATER
Kent State junior guard Chris Brewer looks for an open pass at the men’s basketball game against Akron University on Friday, March 7, 2014 at the James A. Rhodes Arena. The Flashes lost to Akron 54-58. 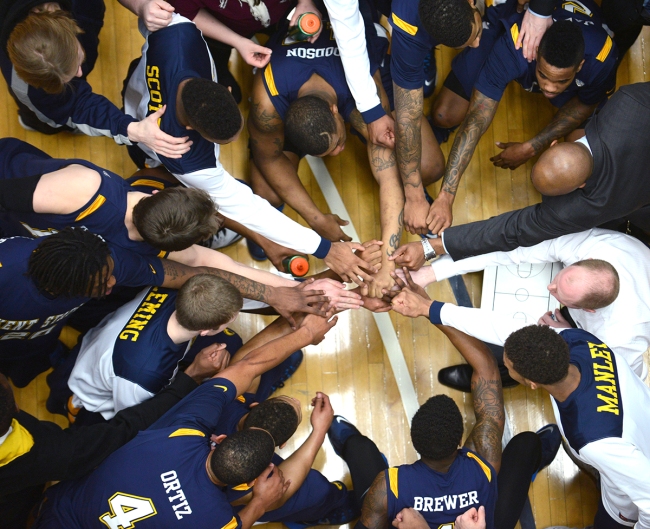 LEAH KLAFCZYNSKI | THE DAILY KENT STATER
The Kent State men’s basketball team take a time-out at the game against Akron University on Friday, March 7, 2014 at the James A. Rhodes Arena. The Flashes lost to Akron 54-58. 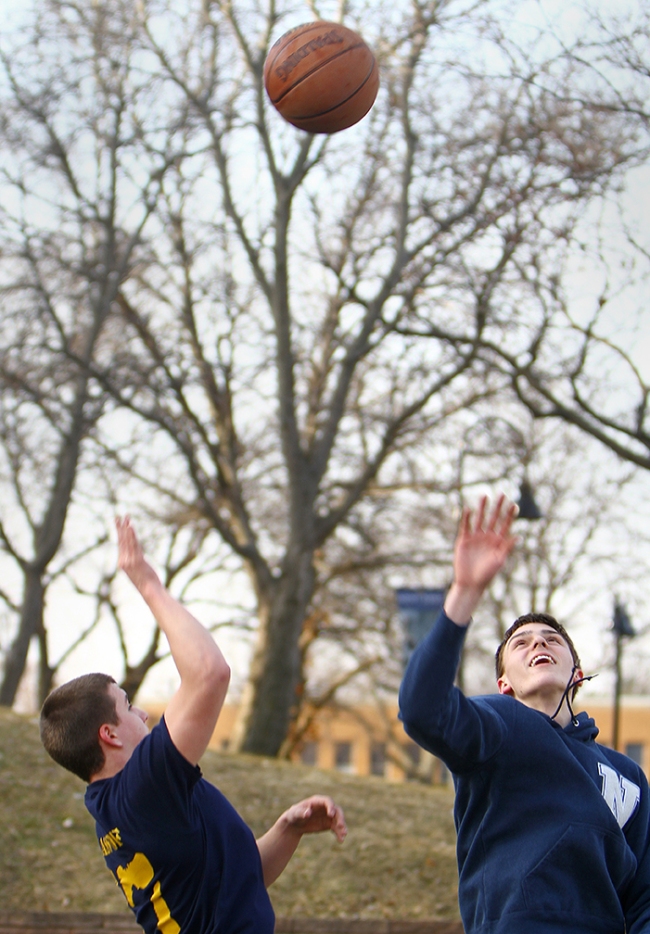 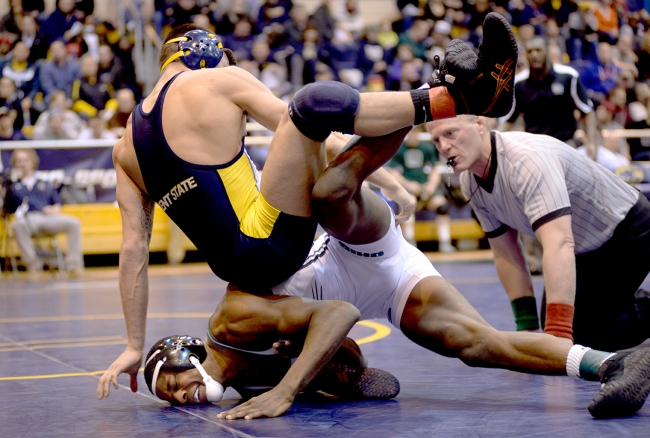